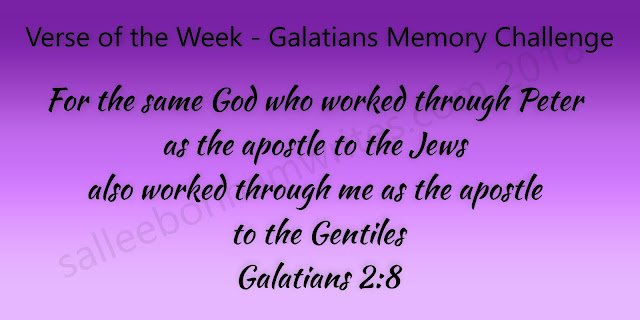 The Spirit of God
The Spirit of God can be seen in the works that Peter was able to perform because he had the Holy Spirit. Peter had the Holy Spirit working through him because it is confirmed by his works.
Paul knew the Spirit of God worked in himself in the same way that it did in Peter because he was also able to perform many miracles too.
Paul knew the same Spirit also accompanied the Gospel preached by him due to the conversion of multitudes, by which means many famous churches were founded and raised among the Gentiles; and this is another reason which induced the apostles at Jerusalem to take Paul and Barnabas into an association with them.
adapted from Gill's Exposition of the Entire Bible at biblehub.com
Posted by SalleeB at 4:00:00 AM