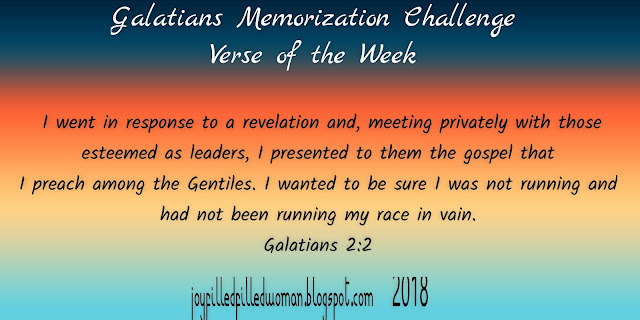 I went in response to a revelation


Meeting privately with those esteemed as leaders


I presented to them the gospel that I preach among the Gentiles.
I wanted to be sure I was not running and had not been running my race in vain.
adapted from the Barnes Notes on the Bible for Galatians 2:2 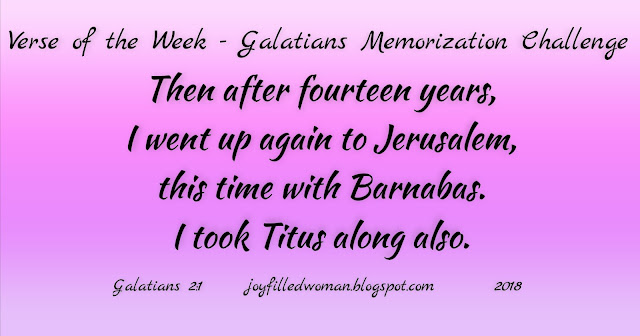 How are you doing on your memorization challenge?
Personally, I don't know how much I have memorized, but I know more about Paul and his ministry than I did before I started this challenge.

As I sat reading this week's verse, I asked myself what I could gain from this one sentence.
My next course of action was to read the bible commentaries about this verse.

Gill's Exposition of the Entire Bible helped me to gain a better understanding of the verse in the context of Paul's ministry.

Then fourteen years after I went up again to Jerusalem,...


with Barnabas: and took Titus with me also

"Though Paul conversed with the other apostles, yet he did not receive any addition to his knowledge, or authority, from them." Matthew Henry's Bible Commentary 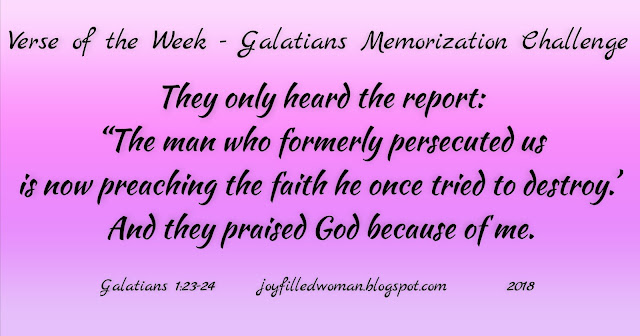 From Persecutor to Preacher

Though those churches in the country of Judea had never seen Paul in person, yet they had heard of him:
Posted by SalleeB at 6:29:00 AM No comments: Links to this post